Let us advise you

You are here: Home keyboard_arrow_right All about wicks

“I cannot imagine a better invention than candles that would burn without a need for trimming.”

“There is not a law under which any part of this universe is governed which does not come into play and is touched upon in these phenomena. There is no better, there is no more open door by which you can enter into the study of natural philosophy than by considering the physical phenomena of a candle.”

“How far that little candle throws his beams! So shines a good deed in a weary world.”

Let us forget our age of high technology for a second and have a purely scientific look at the mechanics of a candle flame. When we light the wick of a candle, the heat of the flame melts the wax. Capillary motion transports this liquid wax upwards along the wick, causing it to turn to gas as soon as it reaches the end. This releases hydrocarbon molecules.

The molecules split into smaller molecules, which react both with each other and the oxygen in the atmosphere. The hot gas and heat emissions from the reaction zone heat up solid carbon particles to a red-hot glow. It is these carbon particles that bring about the pleasantly warm, yellow flame of a candle.

Even though no candle flame will ever be entirely free from soot, the amount of unburnt carbon particles can be minimised by using the best raw candle materials and a wick that has been constructed or treated such that it bends easily and reaches the tip of the flame, where the temperature is highest.

To ensure the best possible burning results, the wick must be well adapted to the candle system in question. Our wick-configurator allows you to easily define key candle parameters – it then automatically lists a number of suitable wicks for testing.

Go to the wick configurator keyboard_arrow_right 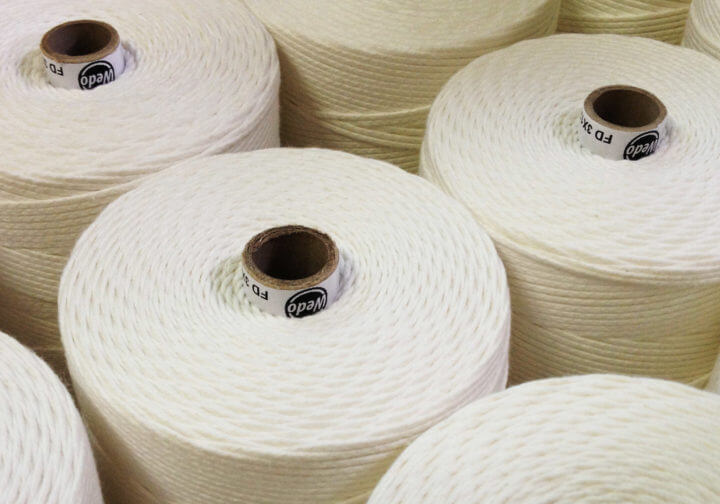 Let us forget our age of high technology for a second and have a purely scientific look at the mechanics of a candle flame. When we light the wick of a candle, the heat of the flame melts the wax. 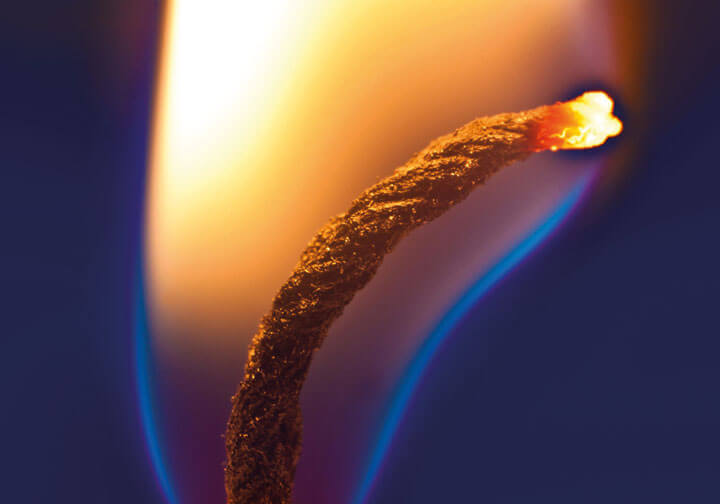 Ideal wick position: The wick protrudes from the candle in a straight line and bends towards the flame boundary, entering the “glow zone”, where it burns fully at the highest temperature under the influence of oxygen. 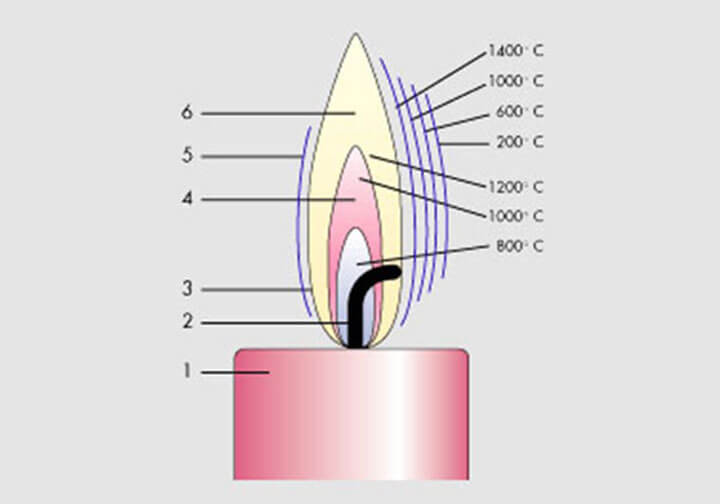 The flame of a candle is separated into different glowing and temperature areas, which are easily visible to the naked eye: (1) Candle (2) Wick (3) Blue zone: Usually outside of the luminous zone Hottest zone due to oxygen contact